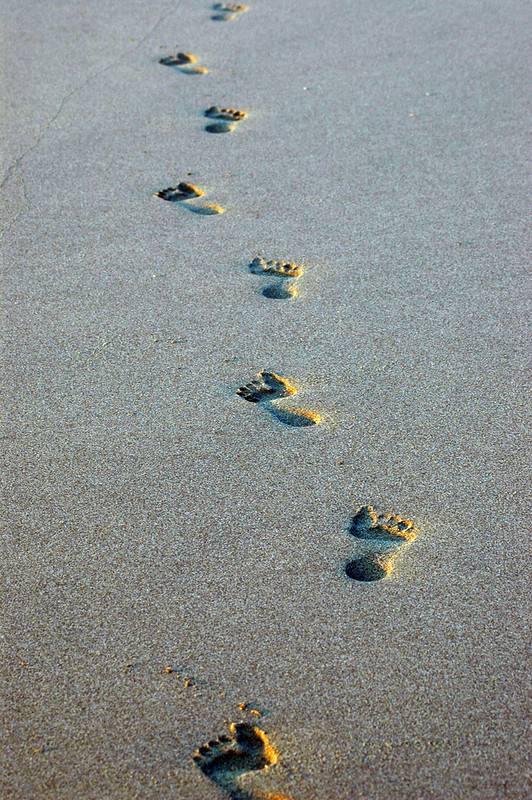 Lately, I’ve spent an inordinate amount of time writing responses to posts on social media that either anger or disturb me. Sometimes, I carefully craft my response, being careful to choose words that are not intentionally incendiary, removing any accusatory or judgmental language. Other times I allow my fingers to type quickly, spewing forth the outraged reactive language running through my mind.

And then I erase them.

As I think about the swift passage of time, the ways my days run together and my weeks come to an end before I have time to blink, I realize that this has been stupidly wasteful of my time. Don’t get me wrong: I’m glad I erased these comments before posting them. But if I tried to add up the minutes of precious time I’ve wasted writing/erasing/writing/erasing them…well, let’s just say there are better uses for my time.

What often happens when I finally face the inanity of one behavior, is that the absurdity of other things I do becomes impossible to ignore as well. For example, on Saturday I spent the better part of the morning taking an online IQ test, simply because a friend on Facebook had challenged others to do so. After something like seventy-five pattern-recognition questions burned out my retinas, I discovered that I would have to pay $9.95 to get my results. No thanks.

Not all of my bad habits are internet related (though most of my time-wasting ones are). If I were to create an exhaustive list it would include things like getting halfway through writing a letter or card, stopping, and never finishing it. Or (God help me!) watching “My Diet is Better Than Yours” instead of turning off the television and picking up a good book. Or staring at the still unpacked boxes in my apartment, thinking about where I will put the stuff they contain…when I actually get around to it.

Everyone has bad habits and self-indulgent time-wasters, I know. I am too old and, hopefully, too wise to strive for perfection in my own habits. On the other hand, experience has shown me that I can spend a lot of time spinning my wheels through inattention – that weeks and months and years of a life can disappear with little to show in terms of actually living in them. There’s the poem about how a man dreamed he was walking with God and saw his life as a set of footprints on a sandy beach. Often, there were two sets of footprints in the sand, but at the times in his life that were hardest, there appeared to be only one set. When he asks the Lord about this, suggesting that he had been abandoned in those times, he is told, “Those were the times I carried you.” My dreaming mind changed this story into a walk down the beach where, looking back, there were no footprints. Not because I was abandoned by God, but because I was abandoning my own life.

A week or so ago, I ran across a post on Break The Twitch, in which Anthony Ongaro shares his strategies for intentionally changing his habits. He talks about needing to establish good habits to replace the bad ones we wish to excise from our lives. Anthony says:

“I often refer to this quote from Annie Dillard when thinking about how to structure these specific actions:

The hours of our days become the weeks of our months and so on. If I want to accomplish these goals, I have to do things that will get me closer to them every single day. To create these daily actions, here are the qualifications:

Stupid-easy. Each daily action needs to be stupid-easy, as in, so easy for me that I would feel absolutely ridiculous not doing it. Essentially, take a desired action and breaking it down to the no-possible-resistance level.

Focus on action, not the outcome. I focus on celebrating the successful completion of each daily task, not the outcome that it created. Some days, the outcome is great — other days, it’s crap. That’s why I’m focusing on the habit itself, so that I don’t get discouraged. If I complete it, I am #winning.

Establish early success. The two points above contribute to early success – establishing a habit of succeeding immediately. Quickly creating a successful chain of daily actions from the very start.

Start immediately. From there, I’d start immediately and refuse to wait for a new year or a certain day to get started. If I failed on any particular day I would not wait until a specific day of the week or turn of a year to start again.”

The very first qualification that Anthony shares, “stupid easy”, is a game changer for those of us who have difficulty establishing new, more proactive, daily habits. So many times, I’ve found myself setting expectations that, in execution, are too Herculean to actually accomplish: exercise for an hour a day; always wash the dish(es) I just used; 100 crunches as soon as I get out of bed in the morning; no sweets. (This gives you an idea of what passes for “impossible” for me, anyway, as beginning goals!)

But “stupid easy” – that’s something I think I can be really good at! After all, my time-wasters are already both stupid and easy! In order to begin, I’m going to pick one positive habit I want to establish: taking time at the end of each day for reflection and quieting of my mind. I’ve realized that taking some time to do this is a way for me to set aside the day’s anxieties while setting myself up for a more calm and peaceful sleep. If I just sit quietly, I tend to fall asleep – but not comfortably, nor having put to rest the worries of the day – which sets me up for restless sleep and middle-of-the-night wakefulness. And if I don’t make a ritual of it, I’m less likely to actually do it. So I need an activity that can become rote, while not also revving my brain up to further wakefulness. So here is my “stupid easy” habit, instituting today:

Stupid-Easy method: Write three short statements in my bedside journal each night – 1. Something I’m asking for help with; 2. Something I am grateful for; 3. Something “Wow” or awe-inspiring from my day. (Based on the premise of Anne Lamott’s book “Help, Thanks, Wow“)

I’ll let you know how it’s going. If this “stupid easy” habit gets established, I’ll add another. The idea is that positive daily habits, as they are established, crowd out the just plain stupid ones – the time-wasters and energy-suckers. I don’t know many things for sure, but I do know that life is too short not to inhabit each and every day. If I dream again that my life is a walk along a sandy beach, I want to look back at where I’ve been and see at least one set of deeply etched footprints.

Note: Will you join me (and Mr. Anthony Ongaro!) in trying your own highly beneficial daily activity(ies)? If so, I invite you to share in the comments!