Last year, my friend Layne and I both ordered “word of the year” bracelets from a small internet company. The word I chose: MOVE. As in so many areas of my life, I am late to the party, but I’ve finally arrived: I am in the midst of the disarray of packing, and one week from today I will be on the road.

While I have not been in this house for the entire nineteen years I’ve lived and worked in Cedar Rapids, the last time I moved my friends Sara and Amy were at my apartment the night before throwing things into boxes and sneaking items to the dumpster when I had my back turned. There was no careful culling through of my stuff, no separation of wheat from chaff. Consequently, the need to do so this time is significant. And slightly overwhelming.

Throughout my small house, the rooms are in complete disarray. Nonsensical piles here and there have the look of unwanted detritus left behind in abandoned buildings. Nothing could be further from the truth – if it is still in the house it is wanted. Or I believe it will be wanted by someone, if not by me. I’ve picked some items to give as gifts: the Disney Trivial Pursuit game, the scented candles which would just melt in my storage unit this summer, the wrist guards I’ve already given to Eli and Abby Kohl (who immediately used them as part of their superhero garb). Others are too new-ish or too nice-ish to toss and will be donated to Goodwill. A huge tub of books are free game for any visitors or helpers who arrive to move my stuff to storage on Monday.

There is something about packing your belongings that feels like a reckoning – the process of calculating the worth of a life. When my house was together and things in place, it felt cozy, welcoming, homey. Each item had at least a small part in creating this impression. Taken apart, deconstructed, each component is judged on its own merit. Mostly, my things are humble and not worth much in a monetary sense. They start to look shabby and random when taken individually, wrapped in newsprint. Regarded as mere objects, my belongings don’t have anything special or grandiose to say about me or my life. I look at bare walls, studded with oddly spaced nails and picture hangers and begin to wonder if there was meaning in my having lived here or if my life has been as shabby and random as my things.

Luckily, those moments pass and I recognize them for what they are – a way to distance myself from the reality, the enormity, of the change in process. In the very moment I am about to become disconnected from myself to escape that reality, I find or pick up an object and memory comes flooding in – the pink depression glass water goblets that belonged to my grandmother; the charm against the evil eye that was my souvenir when Rosemary returned from Turkey; a faded newspaper  photo of my sister and her friends dressed as Jackie O. for an “art happening” in Iowa City. That’s when my accounting of my life’s worth shifts – when I remember that the value of these things lies in either their usefulness or, more importantly, the connection they offer to the people I love. By this reckoning, I am wealthy beyond measure.

Each time I finish packing a box in the chaos that is barely recognizable as my living room, I label it, put the lid on and carry it into the one room in the house that appears to contain order. Here there are stacks rather than piles. Things are hidden, but named. I walk in and immediately feel more calm about this move.

When I can’t continue – either from the need to just sit down for a while, or from the desire to connect with others in the present moment (as opposed to the overwhelming connection to the past as I pack) I head for the dining room table. This is the one spot in which the present still reigns supreme in my house. Neither the past nor the limbo of “packed” have a hold here. I check Facebook, text Molly or Mike, think “I should clean this stuff up” knowing full well that I won’t until I have to.

When my break is over and I head back to the grindstone, I stand for a moment staring at the remains – it seems as if so much has already been boxed up and made sterile by its placement in neatly labeled white cartons, yet there is still so much to do. I suddenly think of a time in the not-too-distant future when I will begin to reverse this process. The sterility of the packed cartons will give way to the mess of unpacking. And I can imagine my own joy in reuniting with these shabby things that, today, seem to have so little value. And I know full well that I will feel every bit as challenged, as overwhelmed, in that moment as I feel in this one. It makes me smile, and I suddenly think music is called for. I log into Pandora and find myself singing along with Imagine Dragons (“it’s time to begin, isn’t it?”) as I try to find a reasonable way to pack a three tiered dessert tray.

I am definitely, finally, moving. 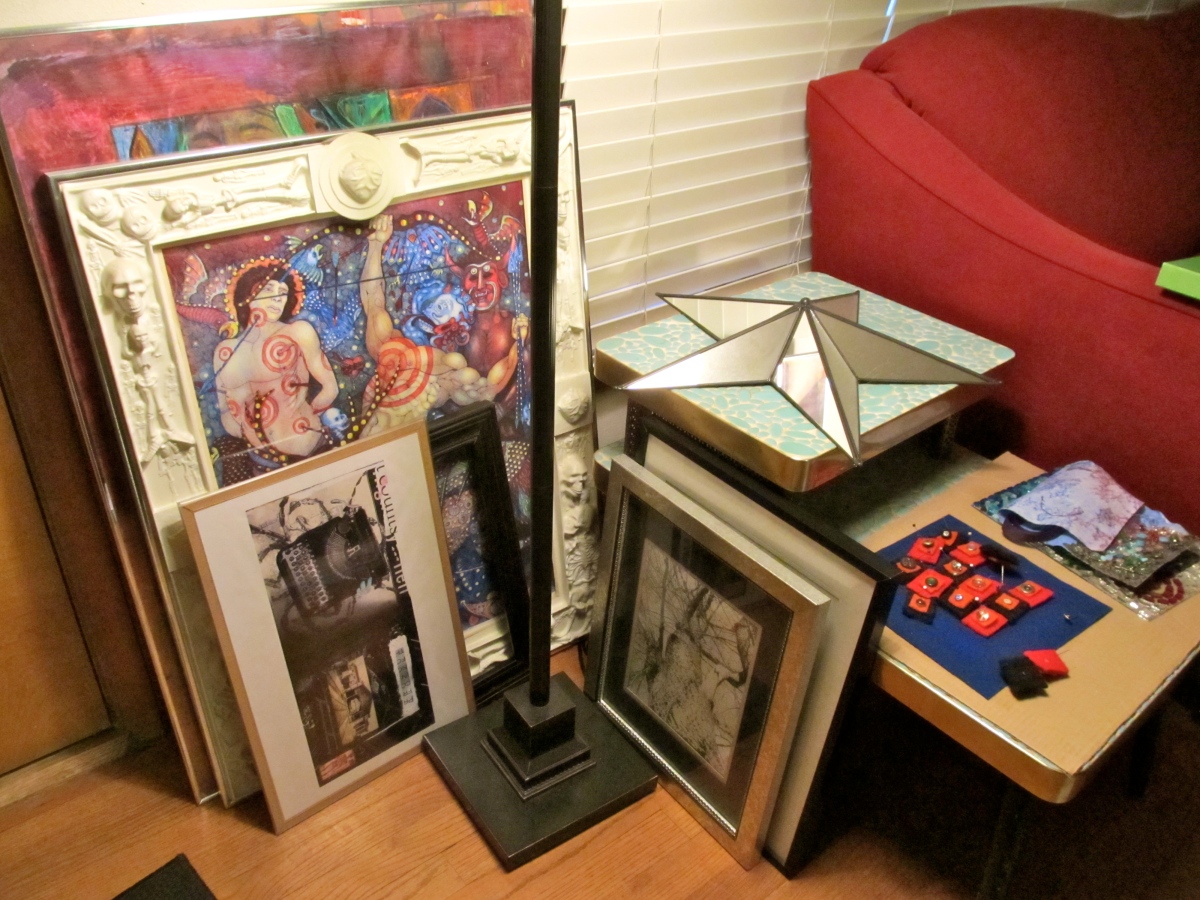 One thought on “Moving”