No matter how old or how long those legs get, she’ll always be my Peanut. Thanks @maltorfer 💕
Sunday afternoon breathing space.
Cool mist brought an early-twilight feel to the late afternoon. I stepped out the door to the soft hooting of an owl and immediately felt myself immersed in the vibrating energy of nature. #magichour 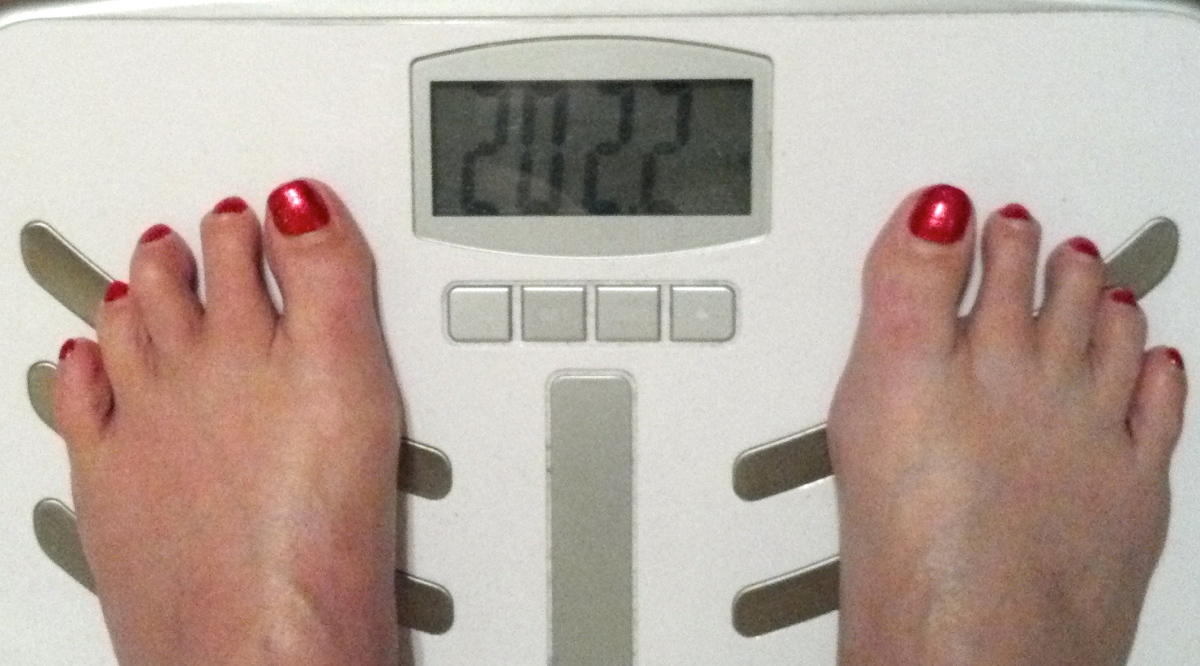 Why is getting below 200 such an elusive goal? It isn’t as if I haven’t been working at it. It isn’t like I’ve strayed from a committed path. I have been working hard at this. Daily.

Perhaps a better question is, “Why is this such an important goal for me?” I mean, I already look and feel the best I ever have. I am healthy, and my physical stamina continues to improve such that I can take on harder challenges. Isn’t that enough? Why does this number have so much power?

The answer is a fairly simple one, while at the same time being deeply emotional. One-derland is such a play on words, as if getting there will mean I’ve arrived in a magical world. But I know the truth: it will be the same world on the day I get to One-derland that it is today. However, my weight will, for the first time in literally decades, be back in the ballpark of normal. Not where the standard charts say I should be for my height and age, but in the same century as normal. I was thrilled when I left the 300’s behind. But it has been a long, long journey to leave the 200’s behind. I just want to finally get there. I know the journey won’t be over, but most journeys have places where you stay for a short while just to celebrate having gotten there. My first step into One-derland will be such a place.